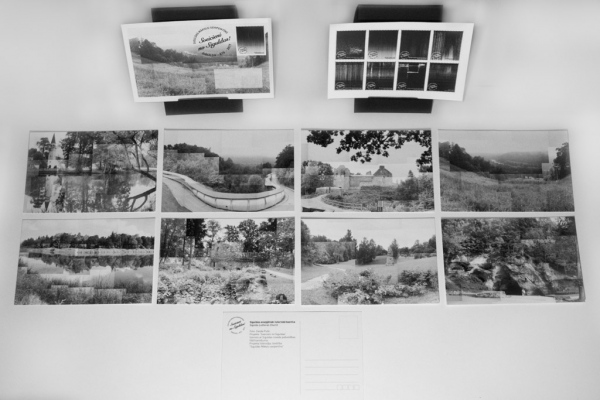 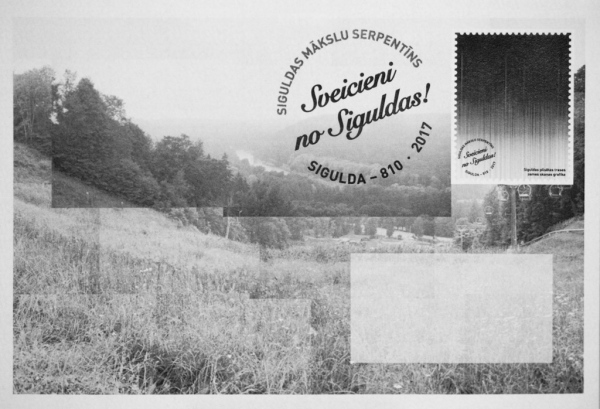 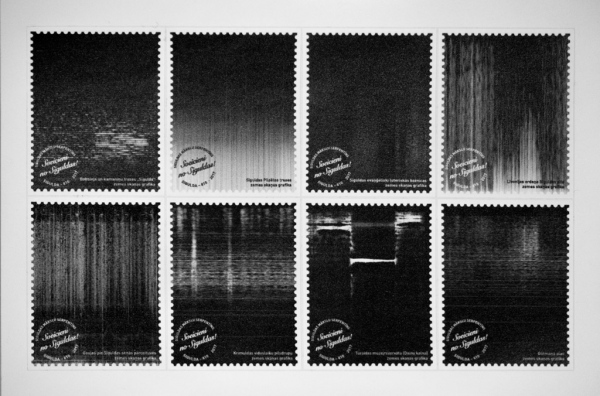 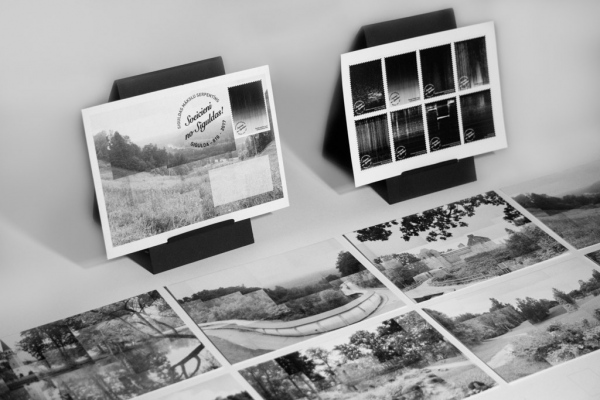 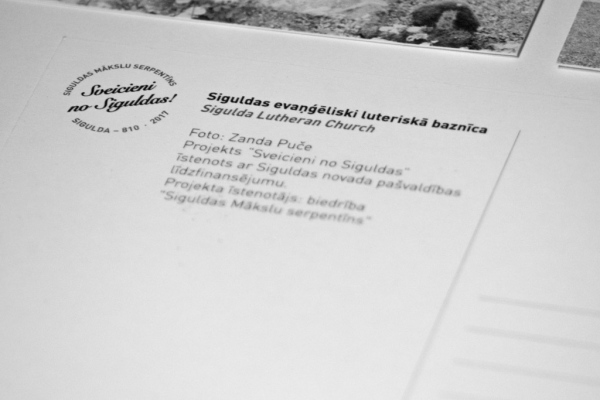 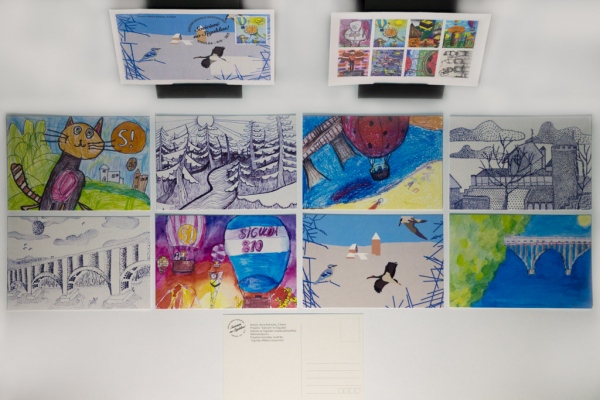 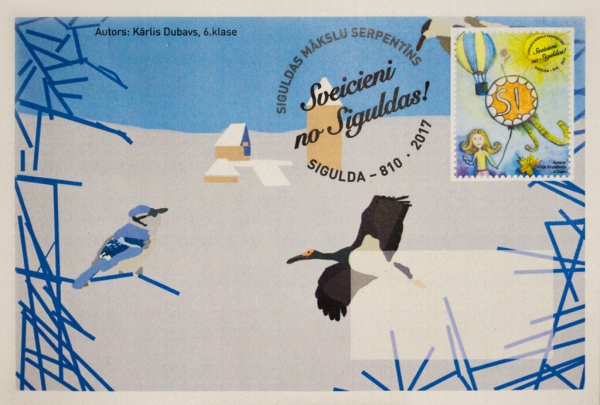 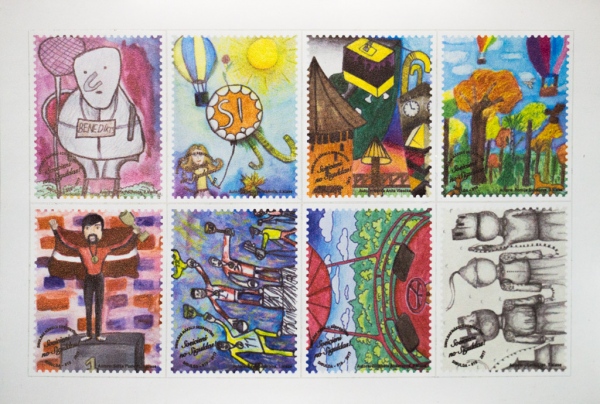 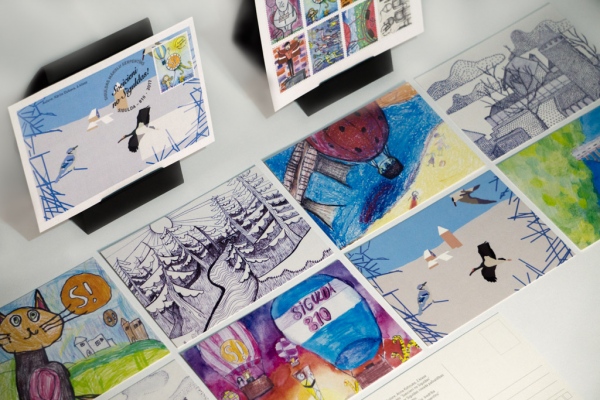 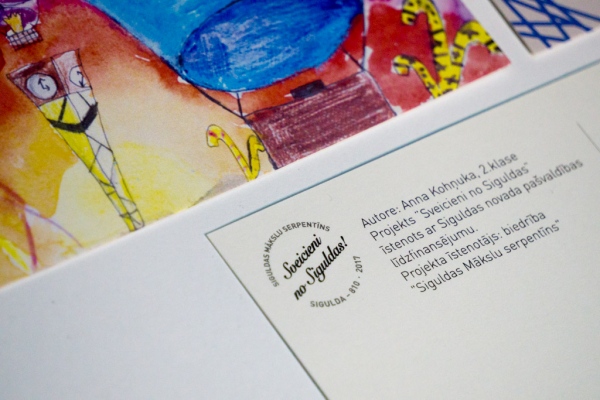 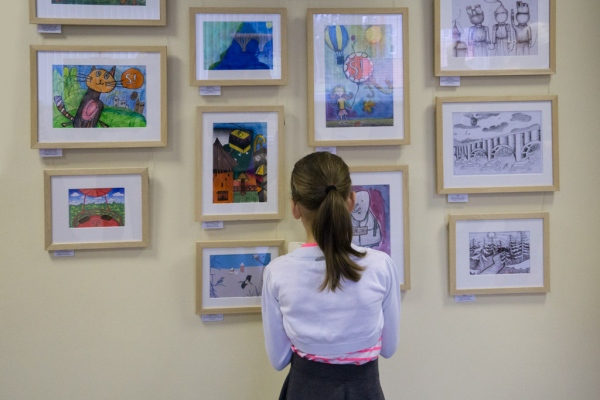 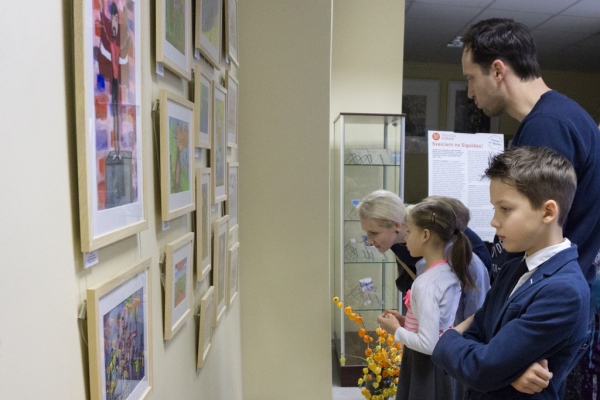 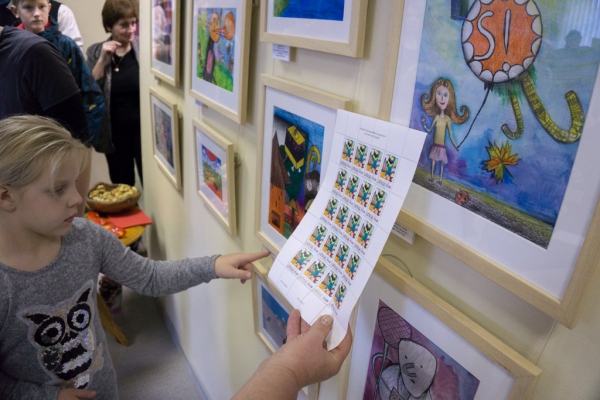 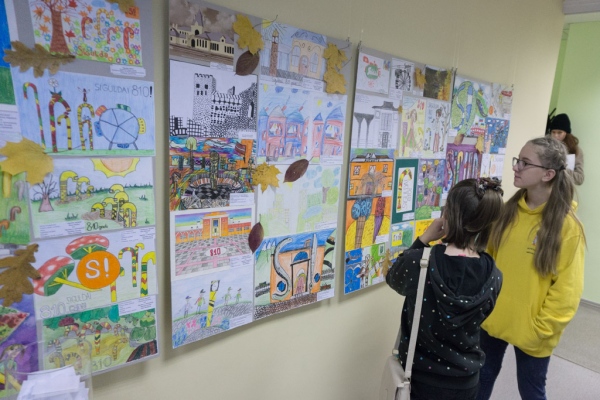 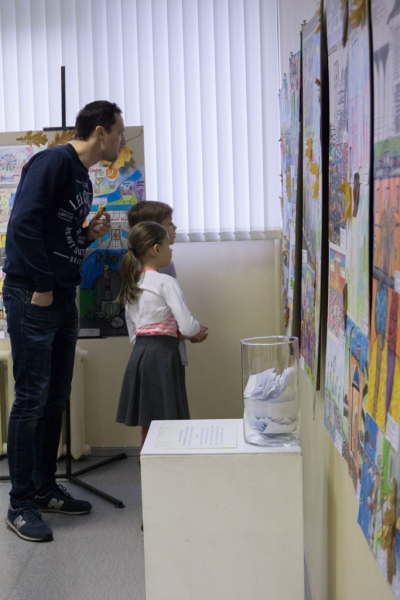 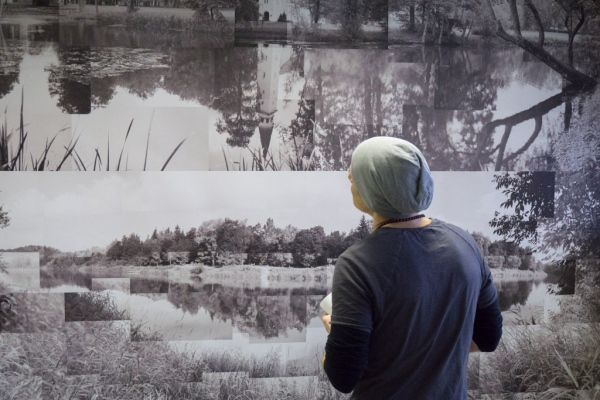 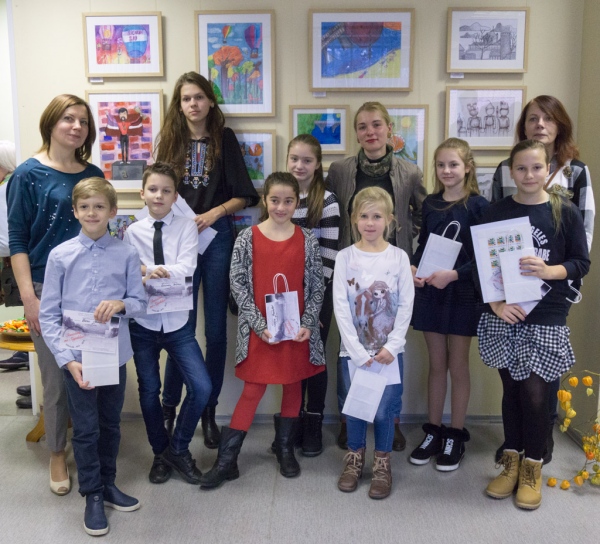 In the project I developed a series of postcards and stamps dedicated to the 810th year anniversary of Sigulda, linking graphic images of soil sounds created in the project "Ex-libri Art Voyage" with photo collages of the Sigulda landscapes.

"Greetings From Sigulda", it was written by photographers on the postcards from Sigulda issued in last century. The postcard image serves as a symbol of time, a testimony of time and space, with its inherent materiality and identity. The chosen image of a language – romantic landscapes and characters is a radical contrast to the current socio-technological processes. During the project it is planned to understand more fully the processes on the contemporary image culture.

The rich collection of old postcards collected by postcard collector Egil Jemeljanov shows their great popularity. Although Sigulda is still just as beautiful as it has always been, every year it still becomes more and more colourful and the tourist flow is increasing. But the future postcard collections might not keep up with Sigulda! There is no time to wait in this fast pacing rhythm of life. It is a modern, alienated, rational and technical time. The slow communication through mail, letters, and written text, as a dying phenomenon, is counterproductive to social communication networks, in which the boundaries of personal space fade and even disappear. “Facebook's” social media platform is a facade of intimacy. In turn, letter writing and postcard sending are a kind of private space around the sender, recipient, and image. Postcards are a peculiar cultural phenomenon in the era of modern information and image overload.

In 2007, when Sigulda celebrated the 800th anniversary, in honour of this event, the Sigulda District Council issued an ancient postcard collection and a series of 16 postage stamps that featured various historical and natural objects of Sigulda, Turaida and Krimulda. In 2017, Sigulda celebrated the 810th anniversary, and in our opinion, it's time to remember the postage stamps and postcards once again by inviting the children of Sigulda and young people who participated in the contest "My Postcard and Postage stamp" by drawing the scenic sites of Sigulda. This offer goes a step further, combining the traditional with the new! Postage stamps are still a completely underappreciated form of advertising but with today's technical printing capabilities, every resident can make a beautiful addition to their mail by delighting themselves and others!

The project is made with the support of the Sigulda Municipality Council of Culture and Education Department co-financing and association "Sigulda Arts Serpentine" support.

* Postage stamps are usually dedicated for various events, visual emphasis, and advertising. The collection of these stamps is considered to be an independent direction of philately, which is associated with the collection of stamps only by the fact that they are also used for postal items, but not as postmark banners, but specifically for delivery of items. Since stamps are issued for propaganda purposes and distributed from donations, they do not have a specific value and cannot be used as payment for mail (Erwin Jakobson, Internet website: www.laikmetazimes.lv).